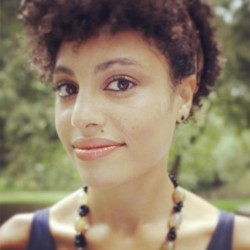 Lori Adelman is Executive Director of Partnerships at Feministing, where she enjoys creating and curating content on gender, race, class, technology, and the media. Lori is also an advocacy and communications professional specializing in sexual and reproductive rights and health, and currently works in the Global Division of Planned Parenthood Federation of America. A graduate of Harvard University, she lives in Brooklyn. 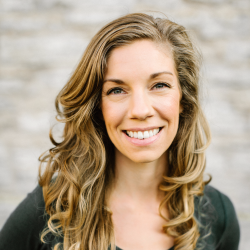 Maya Dusenbery is an Executive Director in charge of Editorial at Feministing. Maya has previously worked at NARAL Pro-Choice New York and the National Institute for Reproductive Health and was a fellow at Mother Jones magazine. She graduated with a B.A. from Carleton College in 2008. A Minnesota native, she currently lives, writes, edits, and bakes bread in Atlanta, Georgia. 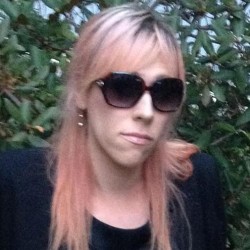 Jos Truitt is Executive Director running Development and Operations at Feministing. She joined the team in July 2009, became an Editor in August 2011, and Executive Director in September 2013. She writes about a range of topics including transgender issues, abortion access, and media representation. Jos first got involved with organizing when she led a walk out against the Iraq war at her high school, the Boston Arts Academy. She was introduced to the reproductive justice movement while at Hampshire College, where she organized the Civil Liberties and Public Policy Program’s annual reproductive justice conference. She has worked on the National Abortion Federation’s hotline, was a Field Organizer at Choice USA, and has volunteered as a Pro-Choice Clinic Escort. Jos has written for publications including The Guardian, Bilerico, RH Reality Check, Metro Weekly, and the Columbia Journalism Review. She has spoken and trained at numerous national conferences and college campuses about trans issues, reproductive justice, blogging, feminism, and grassroots organizing. Jos completed her MFA in Printmaking at the San Francisco Art Institute in Spring 2013. In her “spare time” she likes to bake and work on projects about mermaids.

Dana Bolger is a columnist at Feministing.com and Executive Director of Know Your IX, a national survivor- and youth-led organization working to end gender violence in school. She’s testified before Congress on Title IX policy and legislative reform, and her writing has appeared in a number of outlets, including The New York Times, MSNBC, Al Jazeera America, USA Today, and The Nation. You can find her on Twitter at @danabolger. 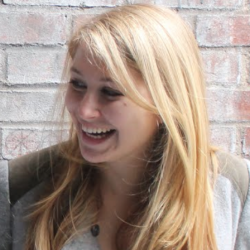 Alexandra Brodsky is an editor at Feministing.com, student at Yale Law School, and founding co-director of Know Your IX, a national legal education campaign against campus gender-based violence. Most recently she co-edited The Feminist Utopia Project, published by Feminist Press. Alexandra has written for publications including the New York Times, the Atlantic, the Guardian, and the Nation, and she has spoken about violence against women and reproductive justice on MSNBC, ABC, NBC, CBS, CNN, FOX, and NPR. Through Know Your IX, she has organized with students across the country to build campuses free from discrimination and violence, developed federal policy on Title IX enforcement, and has testified at the Senate. At Yale Law, Alexandra focuses on antidiscrimination law and is a member of the Veterans Legal Services Clinic. Alexandra is committed to developing and strengthening responses to gender-based violence outside the criminal justice system through writing, organizing, and the law. 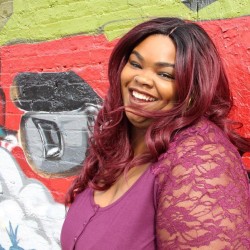 Sesali Bowen is a published writer and professional shit talker. She is a queer Black girl, fat girl, and trainer. She was the former Training Director at the United States Student Association and later a member of the Youth Organizing team at Planned Parenthood Federation of America. She received her bachelors in Women’s and Gender Studies from Depaul University in 2012 and is currently pursuing a master’s in Women’s, Gender, and Sexuality studies at Georgia State University in Atlanta. A self identified “trap” feminist, and trained with a reproductive justice background, her interests include the intersections of feminism and: pop culture, youth culture, social media, hip hop, girlhood, sexuality, race, gender, and Beyonce. Sesali joined the team in 2010 as one of the winners of our So You Think You Can Blog contest. 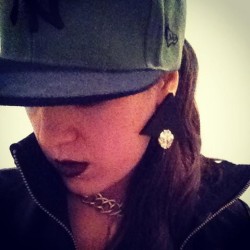 Verónica Bayetti Flores has spent the last years of her life living and breathing reproductive justice. She has led national policy and movement building work on the intersections of immigrants’ rights, health care access, young parenthood, and LGBTQ liberation, and has worked to increase access to contraception and abortion, fought for paid sick leave, and demanded access to safe public space for queer youth of color. In 2008 Verónica obtained her Master’s degree in the Sexuality and Health program at Columbia University’s Mailman School of Public Health. She loves cooking, making art, listening to music, and thinking about the ways art forms traditionally seen as feminine are valued and devalued. In addition to writing for Feministing, she is currently spending most of her time doing policy work to reduce the harms of LGBTQ youth of color’s interactions with the police at Streetwise and Safe, and making sure abortion care is accessible to all regardless of their income as Co-President of the board of the National Network of Abortion Funds. 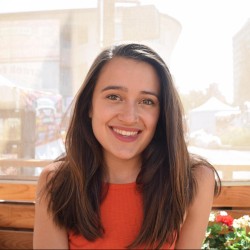 Juliana Britto Schwartz is a writer, a speaker, and a consultant. Her writing focuses on feminist and racial justice movements lead by Latinas throughout the Americas, touching on issues such as environmental justice, immigration, colonization, land rights and indigenous movements. She has been a regular contributor to Feministing since Spring of 2013, and also been published on the Huffington Post, Mic, and the Feminist Wire. Juliana studied Latin American and Latinx Studies at the University of California and is now based in the Bay Area where she has worked with various organizations on social media and communications strategy. In her free time, she likes to dance salsa and tango and practice Portuguese with her cousins via Skype.