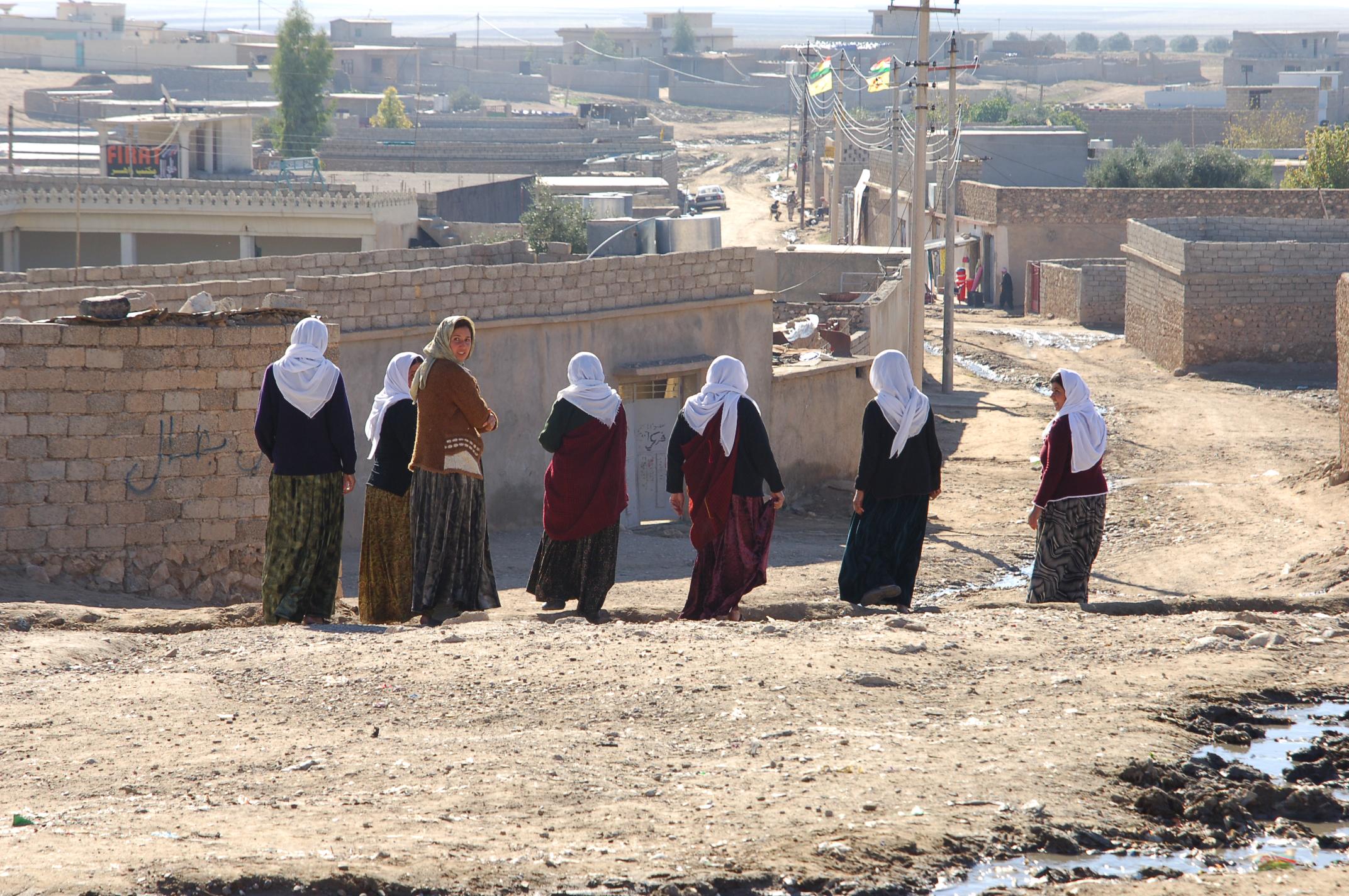 Over 100 days have gone by since rebels of the Boko Haram armed group kidnapped almost 300 girls in Chibok, Nigeria. The world rapidly found out about the outrageous and dangerous conditions Nigerians were living under the Boko Haram threat. The #BringBackOurGirls campaign -which spread across the globe, gathered dozens of important public figures along with thousands of global citizens demanding the Nigerian government to take all possible actions to find these women and girls. Although some of those girls managed to come back home after escaping, others continue to be held hostage and media’s attention to this issue has significantly decreased.

Unfortunately, the story repeats today in Iraq as the government has confirmed that hundreds of Yazidi women were kidnapped by the Islamic State (IS) fighters and it is feared they are now being used as slaves. These women are part of a Kurdish-speaking ethno religious minority living in northern Iraq, which historically has been accused of devil worship by orthodox Muslims. Due to pre-Islamic beliefs, the Yazidi have been oppressed by Muslim neighbors and have been victims of harsh treatment since the ruling of the Ottoman Empire during the 18th and the beginning of the 19th centuries. They have been subject to 72 genocidal massacres and the Ottoman Turks and Muslim Kurdish, managed to almost wipe out their community in the 19th century. Persecution of Yazidis continued in communities bordering modern Iraq under the rule of Saddam Hussein and the Sunni Muslim. In 2007, almost as 800 Yazidis were killed as a spate of car bombs ripped through their stronghold in northern Iraq, according to the Iraqi Red Crescent.

They have been denounced as infidels by Al-Qaida, which is a predecessor of IS. Since the end of July 2014, with the Sunni extremist militias part of IS, attacks against Yazidis have been prominent. Islamic militias have trapped up to 40,000 members of Iraq’s minority communities, urging the international community to consider a military-led humanitarian action against IS.

Most of the trapped members of the minorities are Yazidis. They have been forced to flee Mount Sinjar in north-western Iraq, or face slaughter by the IS jihadists. The UN confirmed that roughly 50,000 people have become refugees in nine locations. Brutally has been increasing against women and girls and over 130,000 residents of the Yazidi stronghold in Sinjar have sought refuge in Dohuk. Violence, repression and massive killings by IS and other extremist rebels have also targeted other groups such as Christians, who have also had to seek refuge in neighboring countries and were recently offered asylum by European states.

Similar to what happened in Nigeria, as well as it has happened in many other places around the globe, women are the easiest target for rebel groups. Hundreds of women are being held in Iraq’s second largest city of Mosul, which is currently controlled by the IS. The Yazidi women are below the age of 35, and similarly to the Nigerian case, are being held in schools and other public premises.

Kamil Amin, the spokesperson of the Iraqi Ministry for Human Rights, said ‘We think that the terrorists by now consider them as slaves and they have vicious plans for them’. He also added that ‘…these women are going to be used in demeaning ways by those terrorists to satisfy their animalistic urges in a way that contradicts all the human and Islamic values’. In these situations, women are usually sold or married off to extremists. These are also women who have been driven out of from northern Iraq, and who already struggled to survive as refugees without food, water or shelter.

The White House has called the situation ‘genocide’ and President Barack Obama authorized targeted air strikes on IS strongholds last August 7. Additionally, the UN Security Council issued a statement condemning the attacks against Iraqi minorities and considered a crime against humanity for which those responsible must be held accountable.

If compared to the Nigerian case –which I do not personally enjoy doing, the case of the Yazidi women has not received enough support from the international community due to different factors. Nigerian civil society was partially capable of organizing rallies and demanding its government the return of their women and girls. The case of the Yazidi women is within the context of a much more precarious and violent situation, in which civil society is basically inexistent due to rebel’s control of the area, and even if there were, would be immediately squashed by the IS.

Nigeria is not Iraq. Therefore, strings and responsibilities from governments capable of intervening have received a different appreciation from the public, especially within the United States. Iraq is familiar to the world, Nigeria was not. Iraq is perceived as general ‘Muslim’ problems against women, despite the very different minorities that interact in not only Iraq, but across the Arab world.

We have however, a responsibility of making these issues public, of not getting used to these outrageous incidents, in which once again women are among the primary victims. States all over the globe have failed to their women. It is almost unbelievable that just three months away from what happened in Nigeria, the world is losing hundreds of women to armed conflict, sexual violence and modern slavery.

Although the issue goes beyond the implementation of public policy which respects women’s human rights, armed conflicts like the one taking over Iraq, continues to show women are among the most vulnerable actors. Women are continued targets of exploitation and discrimination, considered not even as second-class citizens, but as sub-humans or mere objects which are at the disposal of rebel groups led by men.

We must continue to advocate and put pressure over both cases in Nigeria and Iraq, as well as for the thousands of other women across the world who are victims of daily indiscriminate violence and exploitation.

Karol is a Consultant in International Affairs from Guadalajara, Mexico. She graduated in International Relations and has a vast experience in international conferences endorsed by the United Nations, the Organization of American States, among other local and international governmental and non-governmental organizations. She is also a blogger for other online publications such as The Typewriter (Australia), Crónica Global (Mexico), Paradiplomacia (Latin America) and Delta Women Empowerment Initiative (Africa).