Chief Magistrate Judge Candy Wagahoff Dale of Idaho has ruled that that state’s ban on same-sex marriages is unconstitutional. This is obviously great news for the citizens of the Gem State, including the four couples who sued the state and are “entitled to extraordinary remedies because of their extraordinary injuries,” according to Dale. And that’s not all she has to say on the matter.

Dale’s responses to the asinine arguments of Idaho state officials supporting the ban were so golden they needed to be illustrated with memes:

On the claim that same-sex marriage is a “new right,” as in not the same thing as heterosexual couples’ right to marry: “The right to marry is an individual right, belonging to all. If every individual enjoys a constitutional right to marry, what is the substance of that right for gay or lesbian individuals who cannot marry their partners of choice?”

On Idaho Governor Butch Otter’s argument that anti-gay marriage laws and directing resources to opposite-sex couples protect the welfare of children: raising children is not the sole purpose or expected outcome of marriage, and thus not relevant to limiting the institution to different-sex couples, adding that “the Governor’s child welfare rationales disregard the welfare of children with same-sex parents.” 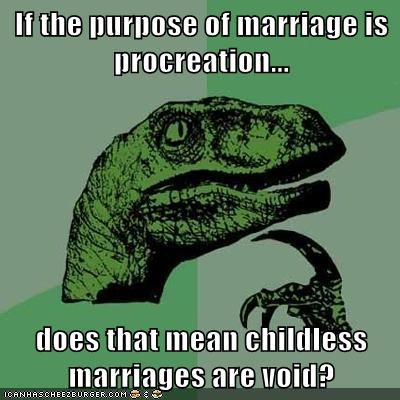 On the argument that regulating marriage is a state’s right so the ban is ok because ‘federalism': “‘Federalism’ is no answer where, as here, individuals claim their state government has trampled their constitutional rights.” On religious freedom and avoiding religion-centered conflicts: “The Governor’s argument concerning religious liberty is myopic. No doubt many faiths around the world and in Idaho have longstanding traditions of man-woman marriage rooted in scripture. But not all religions share the view that opposite-sex marriage is a theological imperative. In fact, some of the Plaintiffs actively worship faiths that recognize and support their unions.” 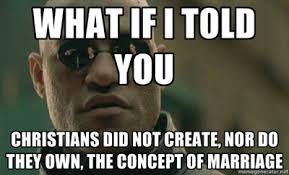 “Idaho’s Marriage Laws deny same-sex couples the economic, practical, emotional, and spiritual benefits of marriage, relegating each couple to a stigmatized, second-class status. Plaintiffs suffer these injuries not because they are unqualified to marry, start a family, or grow old together, but because of who they are and whom they love.”

The takedown of this ban makes Idaho the 18th state to allow same-sex marriage.

Sesali is happy for Idaho!