Before I go any further, I am conscious of how carefully I need to pick my words. Be patient with me as I thread a tiny needle on a search for the truth. The center is what I seek. I’ll save the sides for others who may want to further the debate, but will really only start an argument. I’m not looking for scapegoats, just a middle ground. 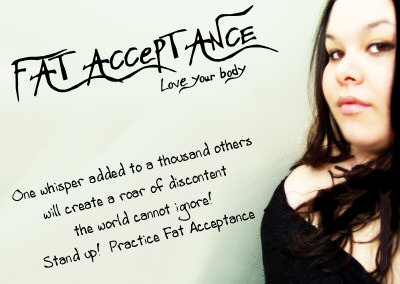 On a crowded flight home from Thanksgiving with the family, my trip became even more stressful. My seatmate’s physical size, due to obesity, was such that she took up all of her seat and half of mine. It’s difficult for me to feel very comfortable when unable to achieve some degree of personal space. As it stands, I felt wedged into my seat. I had no ability to place separation between the two of us. Boundaries have been increasingly essential for me as I’ve begun a specialized form of therapy to treat PTSD. Feeling trapped in close quarters can make me feel panicked and sometimes triggers a panic attack.

But even if I didn’t have a specific psychological issue, I would have still been physically uncomfortable. As I write this, I am cognizant of arguments against fat shaming and in favor of body acceptance. On the other hand, I am also aware of counter-arguments pushing for personal accountability and responsible decision making. The best way to proceed from here might be to spell out the facts. Airplane seats are not made for travelers who are larger than a certain average body size.

Increasingly, Americans are growing more obese due to an oft-cited sedentary lifestyle and corresponding poor dietary habits. Airlines, which have lost considerable sums of money in the last ten years, have little incentive to design seats or room specifically to accommodate those who are larger than the statistical norm. In fact, the exact opposite has been the case. Air travelers have even less space to themselves then at any other time.

It often pains me to go back home, because I regularly observe those who, for economic and cultural reasons, among others, do not place a priority on their physical wellbeing. Many smoke heavily, eat a steady diet of unhealthy food, and do not exercise sufficiently. As for me, I live in Washington, DC, where wealth and means converge. Exercise is trendy, as is eating healthily.

Grocery stores, co-ops, and farmer’s market, all devoted to providing high quality food products are everywhere. An affluent population is willing and able to pay more for the privilege. Are these same options present in Alabama, especially in the rural areas or the inner city? Not so much. Does a tradition and corresponding cultural expectation of these sorts of beneficial practices exist? Not really.

Cities are concentrations of wealth and the highly educated. There is no financial incentive for either of them to leave and spread elsewhere. Quality food is rarely found in areas of poverty. Most often, only cheaper, lower quality food is affordable and available. This includes fast food. To speak to my own situation, there is no financial incentive for psychologists and medical practitioners to leave the cities for other areas, even though their services are needed everywhere. Instead, some would rather charge rates per hour that only the wealthy can afford. This is where the situation really gets complicated. Those of us who believe in equality must first consider an economic system that is predicated on profit and basic, almost instinctive class inequality.

A paternalistic argument, either on one side or the other, is eventually going to triumph. Either we will grow less and less tolerant of those who are extremely overweight, or we will normalize substantial weight gain and those who qualify as obese. From a profit standpoint alone, money can be made regardless of where we go as a society. If, for the sake of making money, we (and especially women) are expected to conform to a smaller cultural norm of socially acceptable size, some will resort to unhealthy means to achieve it.

As has been the case forever and a day, those unable to manage this distinction will be left out. If accommodation is where we head instead, more changes will result, changes well beyond enlarging the seats on a commercial airliner. I do always hope that a more realistic notion of feminine beauty and body size might someday be reached. What exists now is destructive in its own way. However, if it is reached by decreasing the life expectancy and general health of every American, consider me ambivalent.